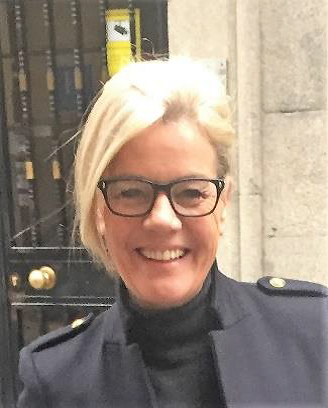 Implementing change essentially requires two things. First, bravery to take a step into the unknown. It can be tempting to follow the path of least resistance and simply accept the status quo. However, this leads to stagnation and blocks optimization. Second, it requires commitment to bring the change to a successful end.

The story of Michelline Basecq is an inspiring illustration of how to succeed in implementing change. Micheline has been working for Kuehne + Nagel as a customs broker since the beginning of 2017. Before that, she spent 18 years in the horeca, at one point even running her own restaurant!

Despite Micheline’s love for the food service industry, she longed for a better work-life balance. Since this wish was incompatible with her job in the horeca, only one solution remained: changing careers.

“By the age of 42, I was tired of the horeca business. I had my own restaurant, which is hard work. The lack of a social life outside of work led to my decision to switch careers. »

This is where her bravery comes in. She sold her restaurant and threw her 42-year old self back into the job market (which generally isn’t very easy on people above a certain age). Now it was up to her commitment to make the plan succeed, and also in this regard Micheline deserves a pat on the back.

Micheline had always listened attentively to people in expedition who were talking about their jobs. The international aspect of the job fascinated her. Several career tests also pointed her in the direction of logistics, and her choice was made.

“I could have played it safe by pursuing a career as a staff manager in the food service industry, but eventually I decided to take a jump into the unknown. I wanted to have a career in logistics.”

But even before the training, Micheline demonstrated her commitment by visiting a job fair in logistics.

“At the job fair, Kuehne + Nagel caught my attention. It was the only company where people really took their time to answer all of my questions. For half an hour they told me everything that I wanted to know, whereas the other companies never sacrificed more than 15 minutes of their time. That’s when I knew which company I wanted to work for. I enquired about the possibility of an internship at Kuehne + Nagel after my training in logistics, and gave them my CV.

”By the end of her training, Micheline contacted Kuehne + Nagel again. Intrigued by her motivation and position attitude, HR Business Partner Anthony De Marelle offered her an IBO contract which was even extended after 6 months! Up until now, Micheline is still part of our customs teams.

And her work-life balance? Never been better!